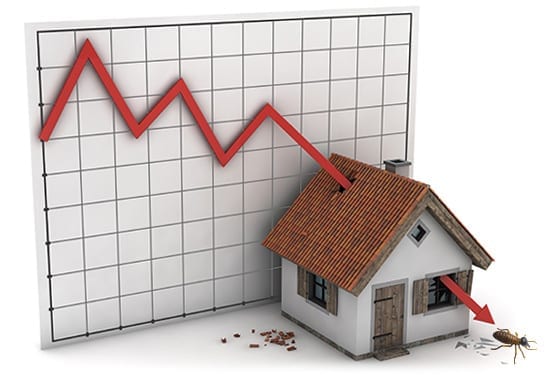 Termite damage can quickly escalate out of control within a three month period.  Termites are wood destroying insects that eat away the structural integrity of your home. The Royal Institute of Australia revealed that Termites have attacked well over 150,000 Melbourne homes.  The CSIRO has stated that termites cost Australia in excess of $780 million annually.  Jim Creffield entomologist of 35 years says that termites are thriving.  The average cost to repair a home after termite attack is $7,000 to $70,000.  Archicentre says that termite infestations are growing by 8% per year.

Over the last 6 months, the Just Termite Team has attended and successfully treated many termite infested homes throughout Melbourne.  The map below indicates the streets in which termites have been identified. We are aware that homes residing nearby are at increased risk.

Termites are also commonly known as white ants and can be grouped into three main categories – damp wood, dry wood and subterranean.  The subterranean termites are ground-dwelling and are the main timber threat.  Termites eat wood from inside to out.  Their activity is difficult to detect and commonly reported well after the damage has been done.

Termites live in colonies from several hundred to several million.  A colony contains nymphs (young), workers, soldiers and egg laying queens.  In some species a queen can lay up to 20,000 to 30,000 eggs per day.  A termite queen can live up to 50 years!

Termites require moisture to stay alive and travel by creating mud tunnels which protects them from environmental conditions and predators. Their nests are commonly built underground or within large pieces of wood or mounds above the ground.

It’s the worker termites that are found in infested wood.  The workers feed the other members of the colony.  The soldiers protect the nest and the winged termites make a seasonal nuptial flight whereby new nests are created.

Homes and buildings throughout the Australian mainland are at significant risk with northern and coastal regions on high alert. Whilst many councils have declared themselves termite prone, there are many that have not.  There is no legislative control to demand councils to be vigilant.  There is also no national regulatory control to govern a formal registry of termite infested homes.  This places innocent people at risk and the current situation requires a massive over haul.

For new home builders in a termite declared zone, there are some legislative protective measures. This is seriously inadequate and a concern.